Merry XMAS everyone, I just noticed that I had forgotten to implement the original explosion in my clone of the 1979 game Asteroids made by Ed Logg.

I had just made something that split the Asteroids with no effect or removed the spaceships making some faulty debris simulations, but now it does something that imitates the original. A fun thing that also made the code a little more straight forward and simpler to read. All finished in my breaks this XMAS.

Now I am just sitting here feeling quite full from eating all that XMAS food, drinking XMAS beer and Peated Scotch Single Malt, could a man ask for more! 😉

I just bought myself an pre-XMAS present, my parents always give my money, so I thought I’d grab one of IFIXIT’s Pro Tech Toolkits that was on offer for around half the price. Contrary to a message that almost sounds like BS from the climate fanatic winds that blow in this era, these guys have a more serious take on taking care of our planet.

I do not se this message amongst what looks like the hypocrites of the climate crusade, which seems to have become more religious than fact based. Well done IFIXIT guys. There is an an almost ignorance towards repairing computers, phones and other devices, all the climate complainers are part of the buy use and throw away society we live in today.

My Asteroids Clone know has a manual I just added to give some instructions during play. In fact it is 3+ years since I touched the code, but it was easy (like in less than an hour) to add. Nothing beats modular code, and of course I made a new class for the manual, making it easy to insert to the Game State machine ;-).

Coding is like therapy for the soul, you think of almost nothing as you sit and implement new features focusing on making it easy to maintain. BTW this clone is a tribute to Ed Logg who made the original!

Had some problems since the PHP version of the WordPress Site was updated to 8.0, which caused problems bu know I can create entries again. Lately I’ve been working as a DevOps handling PHP sites and it puzzled med that my provider not was more informative around this update, you cannot expect ‘normal’ mortal bloggers to understand the consequences of PHP upgrades. Now I have to figure out how to migrate my blog entries.

There are tools in the Word Press Administration part where you can update your installation but it is not obvious that you need to update to make things work. Now I am up and running after switching back to PHP 7.4 and the updating in the Administration Part.

Things have been a little slow here since I’ve been and am still partly going through a rough patch at the moment. some 3+ months ago I suddenly was converted to a single because my wife left me from one day to the other. I am getting used to handling the house and the kids alone and needs a break from this know and then to relax. So the other night I found the game Hate that I had bought a while ago and this is really good stuff playing this game really make you relax as you think of the most nasty strategies to deploy to win the game. 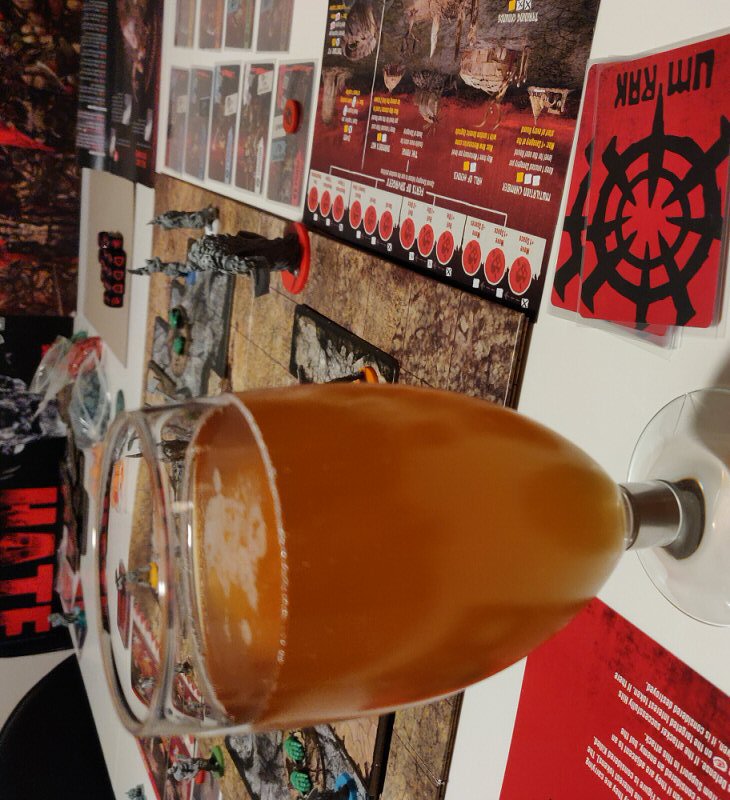 The game is brilliant and has many good mechanics that makes it fun and gives very good replay value, two games will never be the same. After finishing the session I felt even better – recommended 🙂

Going through something like a divorce sets things into perspective. I have come to realize that you gain most from the situation by being positive and try to work things out in a constructive manner. One thing is certain; you are not happy if you get angry or bitter. And it makes the world an easier place to live in when you have an optimistic approach 😉

What can I say! I am a sucker for Retro Games. I have just been playing Diablo I via Windows XP running in Virtual Box, and I found a little cheat action you could some extra gold and experience from. I have reached King Leoric’s Tomb, and by Luring the King forward to the Closed Gates, I can get him to raise more Undead Minions by pacing back and forth in front of the Gates.

This is a great little trick, that allows me to:

And you can get a lot of minions raised by teasing the King:

Be careful when starting to code in the evening, when you get in deep you forget the time. I had an intention of just wrapping up a few loose ends in my attempt to port my take on the 1979 Asteroids arcade game from Type Script to Rust. I just wanted to control a space ship and see some asteroids in the game view, no collision detection and no nothing.

But I ended op implementing all the default collision detection I needed, the destruction of the asteroids when they where hit by space ship bullets, the mass based collision handling of asteroids, the destructive asteroid to space ship collision on screen and finally the animation of space ship and asteroid obliteration. I went to bed around 2 am. My code still panicked when I destroyed to many of the smallest asteroids.

Next morning I found the bug I has made that classic mistake of looping a collection and removing elements from it inside the loop. It just goes to show that if you code when you are tired you start making mistakes, so think of that when you believe you can save the day by putting in extra hours 🙂

As an aside! I now have a functional Rust based Asteroids game with HiScore and all! 😉


Now I have a custom font too! 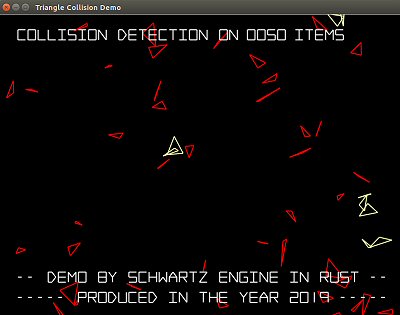