Got my Asus TF700T Infinity Pad Back From the Dead

I’ve had a TF700T for some years know resting loyal but idle in the top drawer of a cabinet in my bedroom. I gave up on it because it was turned into a snail by an update from Asus. Slower than running against the wind uphill on a suface of melasses. I had tried earlier to flash it with an alternative rom but to no avail. 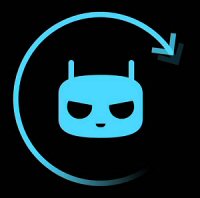 Then the other day I succeded in rooting the tablet and got Cyanogen Mod installed. I was full of hope as the blue icon of the Cyanogen Mod showed up on my tablet screen. But to my horror the tablet seemed to work, but was still a wimpy crawling shadow of its former glory.

Then I started searching the web for things like fastest rom for TF700T, and fell over a writ by a guy that praised a specific Rom called TechFusion+ V4. Words like smooth and the be fastest rom ever where all over the page.

I went to the site he had described in so many positive words and found a how to guide and links to downloads for the Rom and Special developed google apps for the TF700T. This guy, it seems had made an optimized set of files to make the TF700T great again.

Since I already had installed clockwork recovery, I quickly copied the downloaded rom and google app zips to the tablet and fast booted into recovery. I wiped the tablet from CWR, installed the zips and rebooted. Shortly after the TF700T returned from the dead, it is now faster than when I bought it and have started using it again – great stuff these custom roms I say!

A note of caution though! Do not, and I repeat – Do not update Any Google Apps like Chrome or Gmail. I say so because the updates are not developed specificly to perform fast on a specific device. You will end up with a slower device, I updated these and got very unresponse when running Gmail, Chrome and Google Play. Then I went into recovery factory reset, reinstalled the rom and reinstalled google apps and the tablet was fast again. So do not update Google Apps like Chrome, Gmail and Google Play once you have made your device faster with a rom and a special set of Google Apps…

Use your refreshed device for browsing, writing text and playing games, do not update the core google apps. And you will be tempted by the apps themselves, the Chrome browser for example has a nasty habbit of asking you to update saying something along the lines of There is a better version of Chrome, do you wish to up date? when you browse certain pages on the web. Be carefull what you click on out there I say! 😉