The other day putting some trunks up into my ceiling space, I fell over some old PC game’s from way back. I had just listened to an episode of one of my favourite podcasts The Retro Hour about the making of Diablo at Blizzard North, and there it was in and old almost not dusty box, the original Diablo I CD Game I bought back then with manual and all.

Since I am running Linux now I started up Windows 10 in Virtual Box but Diablo I was not designed for this version of windows, so I went ahead and made a Windows XP instance and installed it in there.

It ran like a charm and I have been playing a lot of this with a true nostalgia feeling. After a while it started to annoy me that I had to have the CD in the drive to play. But that is the great part of running in VirtualBox, I simply made an iso of the CD and added that as the CD to the XP instance.

No more screams from the spinning up and down of the drive, and a big performance boost since the Diablo data now is loaded from an iso file on my SSD drive. This makes these old CD based games fly compared to the old days when tou had to have the disc in the drive.

And further more, Windows XP also boots and runs extremely fast from an SSD based VirtualBox based image, much faster than back in the day 😉

I am considering using this for my graphical editing, since Paint Shop Pro might execute faster even though this is a VM. 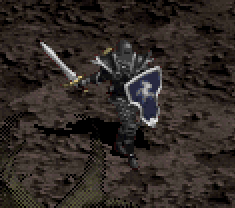