Yep that’s right, I have been using Microsofts Visual Studio code on my Linux Box to play around with TypeScript, which is a really nice game development platform for the WEB. You can see a Demo of Triangle Collision I made Here. 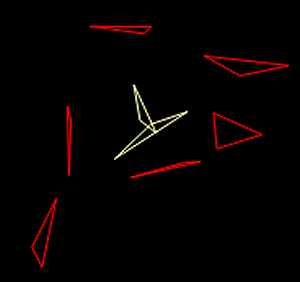 It was a guy on the WEB that had made some nice starting points for working with TypeScript, who got me interested. And funny Enough Microsoft has made an IDE that can be used for developing TypeScript Apps. It looks a lot like Visual Studio, but has reduced functionality. And the great stuff is that they have made a version for Linux.

TypeScript is an extension of JavaScript and compiles to .js files. You can make classes, interfaces and I don’t know what, If you’re into OO development it is fairly easy to start using. I have inspired by the tutorials at Tyler Green and Typescript Games started making my own clone of the notorious Atari Asteroids Game from way back to learn the stuff, and then it is also a nice recap on Vector Calculus. 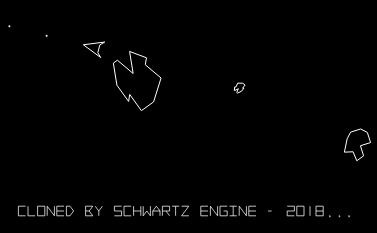 After a good start I had some problems being able to have one file per class I made. It turned out I had to use a reference tag with a path attribute (/// <reference path=”../Commonlib/Vector.ts” />) to include other ‘.ts‘ TypeScript files and then add their paths in a file list in the files section of the ‘tsconfig.json‘ file which defines the build of a typescript project.

And BTW! – I like the concept of using json for configurations instead of the dreaded non human readable XML 😉

There are other ways to include/import classes in TypeScript and I went to great lengths to try them. I even installed a Virtual Windows using Virtual Box to try and see if the Visual Studio Community edition was better at this. Strangely enough Windows almost runs at normal speed inside Virtual Box. So with a more powerful laptop than my old i5 2 core clunker, you might as well stick to Linux and the run any Windows Development in a Virtual Box instance.